May 2019 will see CRL’s involvement in the M5 Oldbury come to an end, with us completing what has been CRL's largest individual contract and the UK’s largest ever concrete repair contract. The project has thrown up a number of challenges, but there have also been a number of highlights too. During the project we have seen a number of new arrivals to the team and we have also been able to promote from within, most notably two of our senior foreman being promoted to Site Manager and one of our senior tradesman moving up a grade to Site Foreman - all three have grasped their opportunity and have been a big part of the success of the project.

The type of work that we are carrying out is CRL’s bread and butter, hydro demolition, continuity testing, installation of sacrificial anodes and then reinstatement with bagged flowable concrete repair material. A lot of additional items have been instructed throughout the project, welding of reinforcing steel and a large number of hand applied soffit repairs being the main variations.
Whilst the type of work is nothing new to us, the scale of the site has created some logistical challenges, we have been working on a 1.5km long stretch of deck, covering 50,000m², the following gives an idea of the scale of the project:
• 125 deck ends have been full repaired – full width, full depth
• Over 4000 individual mid span repairs
• A single repair replacing half of a deck – 200m² in total

To achieve this we have used the following:
• 10 million litres of water during the hydro demolition
• 1.4 million kilos of concrete repair mortar
• 20,000 sacrificial anodes have been installed
• 340 individuals have contributed to the success in CRL’s section

We have also been able to contribute to the community by employing:
• 4 student engineers from Wolverhampton University - each completing a one year placement with CRL
• 1 graduate engineer who has been with us since January 2018 and will remain with CRL beyond this project
• 1 Apprenticeship Degree Student QS who started a 5 year course at Nottingham Trent University on day release from her employment with CRL.

We would like to thank the entire team who have been involved in the scheme, in particular Matt Cain, Parweza Trotman, Donald Collie, Kevin M Gough, Carl Fox, James Topping, Alan Gill, Jose Castro, Darren Shaw, Greg Pawlik, Alex Garcia, Elle Fabian, Lethu Sithole and Ian Deaves, most of whom have been on the project for 21 months. 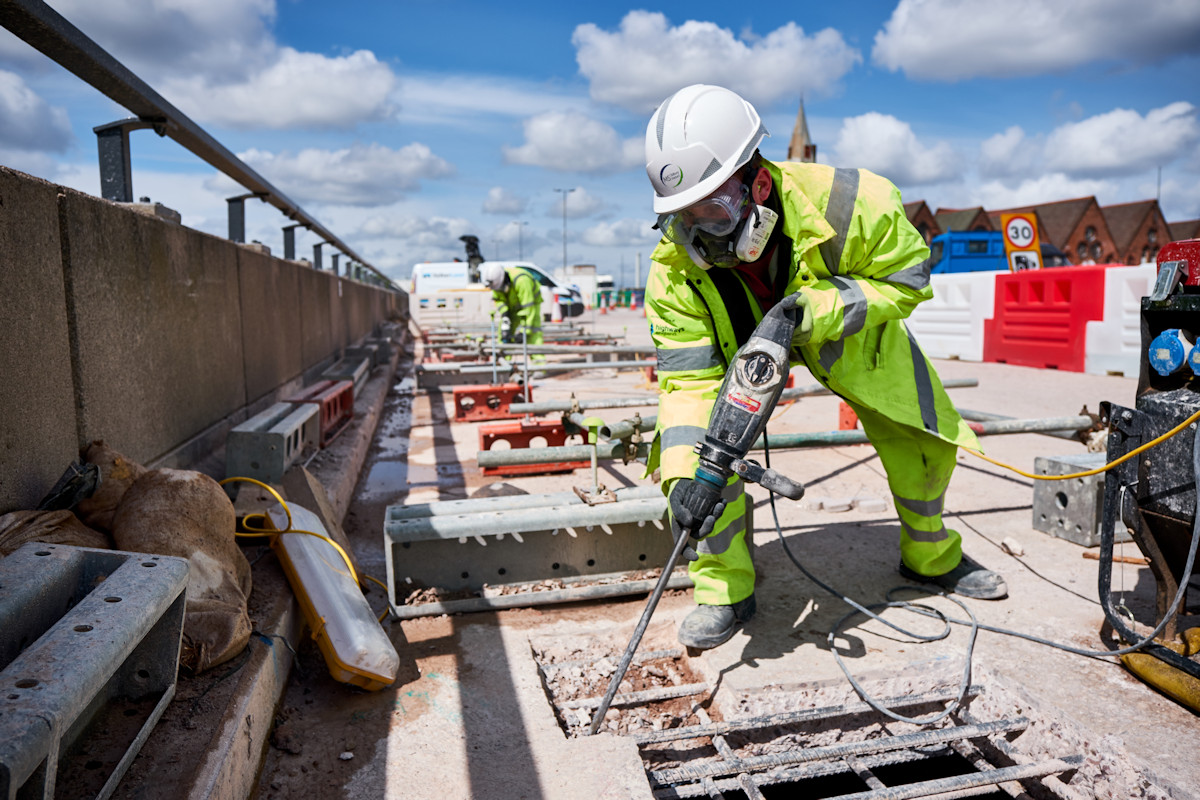 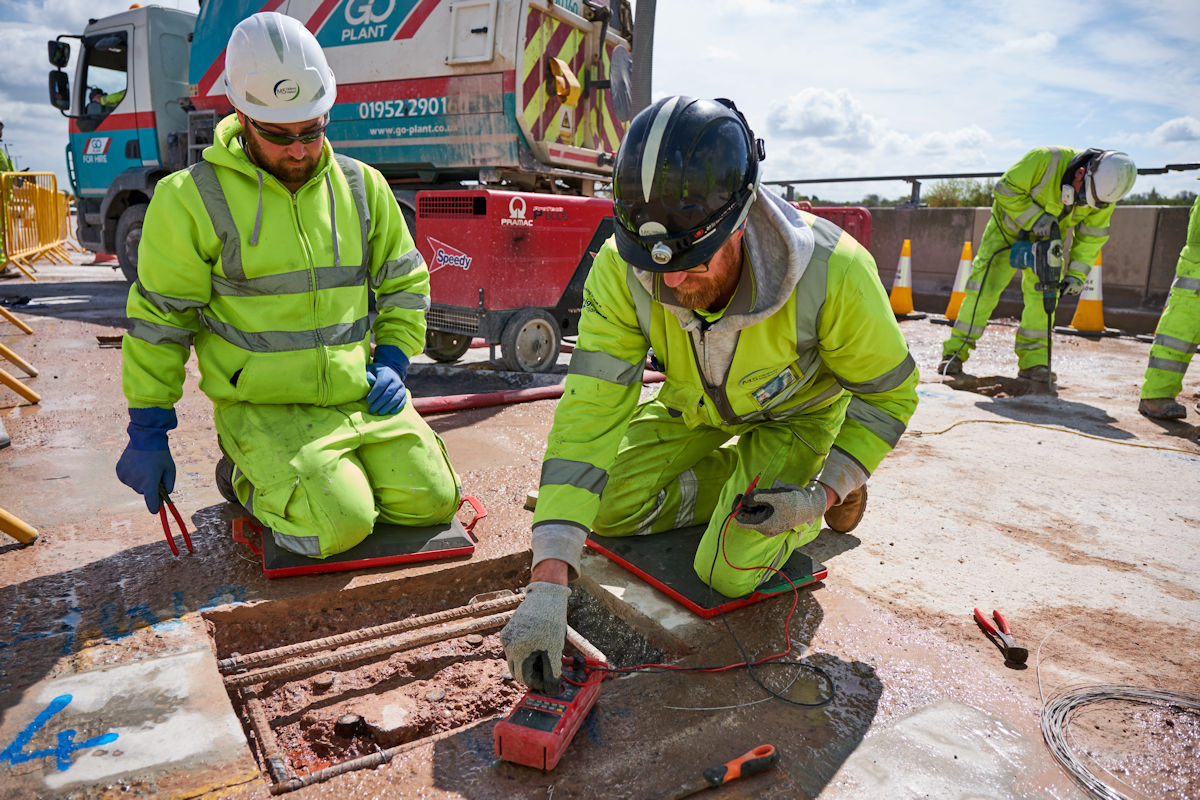 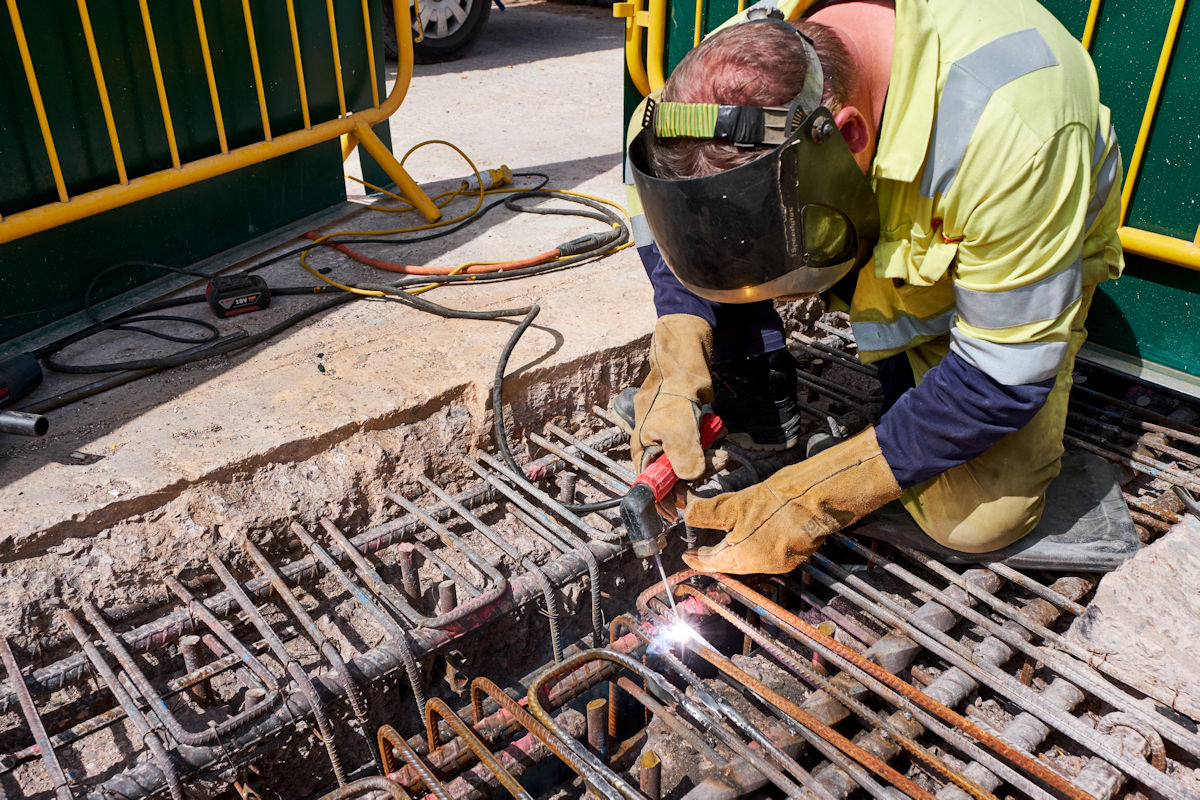