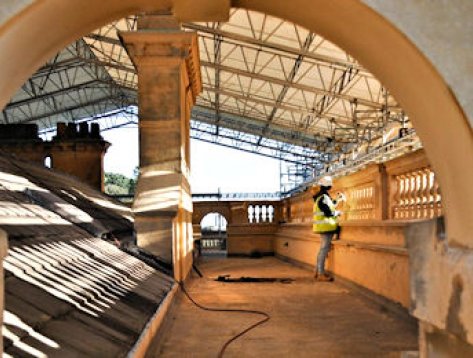 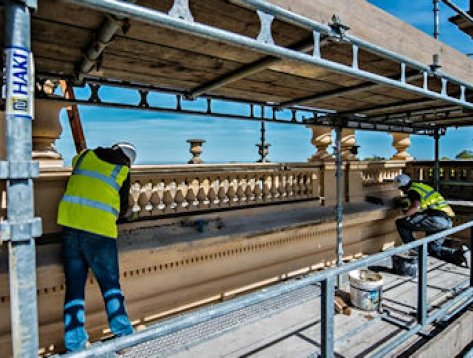 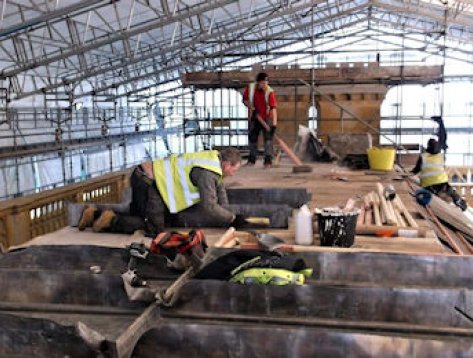 CRL Restoration was awarded the contact under open tender to restore the Durbar Wing of Osborne House on the Isle of Wight. CRL Restoration was originally awarded a contract which was programmed for 20 weeks and worth £595k, however the scope of the works increased with the final duration extending to 28 weeks with a value of £1.05 million.

The project was carried out in partnership with the English Heritage Trust and the restoration architects, Ptolemy Dean.

Osborne House, was originally built between 1845 and 1851 to provide Queen Victoria and Prince Albert with a private family home away from court life in London and Windsor. It was built in the Italianate style in order to fit its setting on an island whose temperate climate and panoramic views over the Solent reminded Prince Albert of the Bay of Naples. Queen Victoria used Osborne for more than 50 years, entertaining foreign royalty and visiting ministers as well as her own extensive family, and when Prince Albert died in 1861 she found solace there. After her death in 1901 part of the house became a convalescent home, and there was a naval college in the grounds. Today, many of the rooms are still filled with original furniture and works of art, reflecting the couple’s personal tastes, while the planting in the grounds is to Prince Albert’s designs.