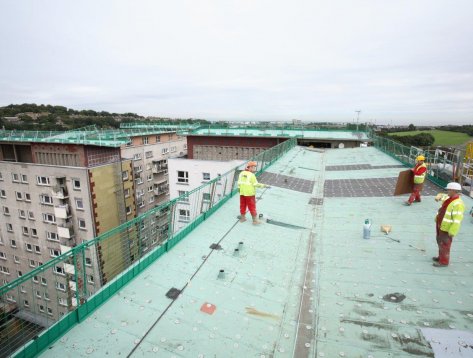 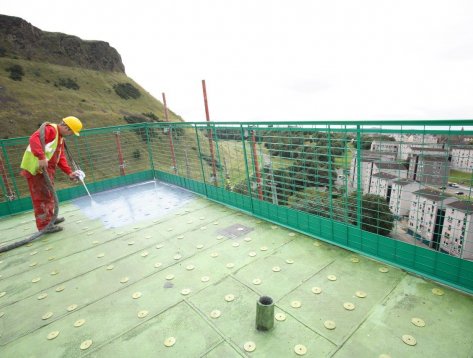 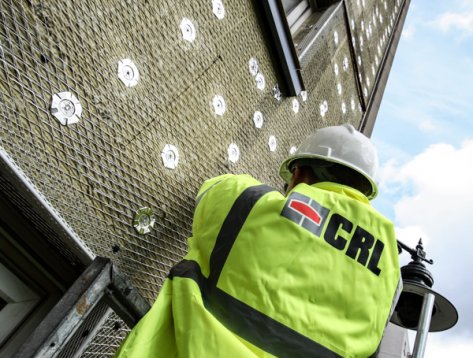 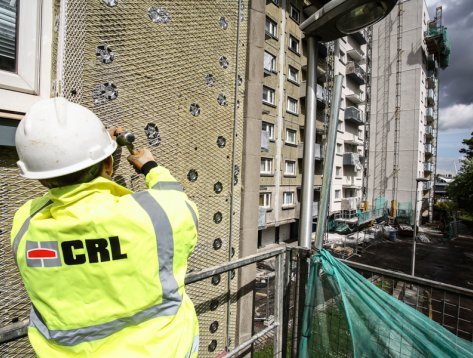 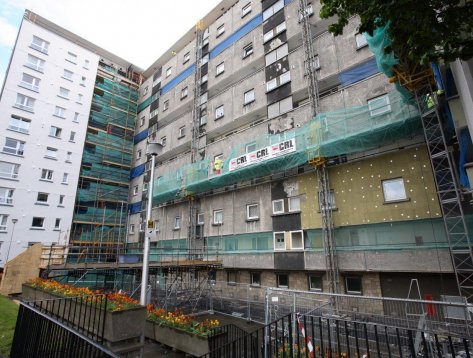 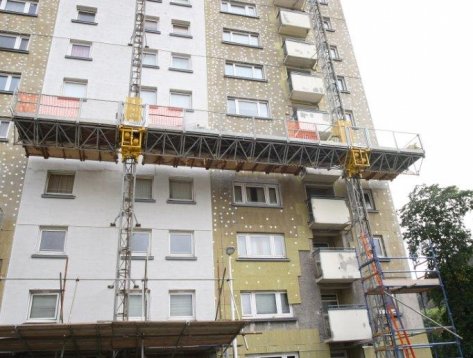 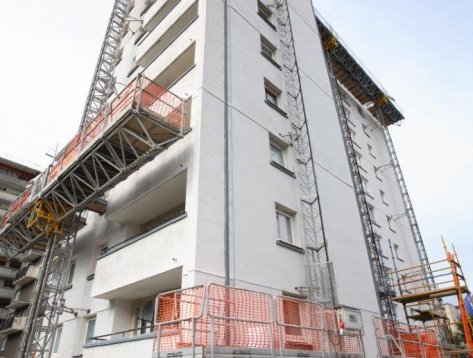 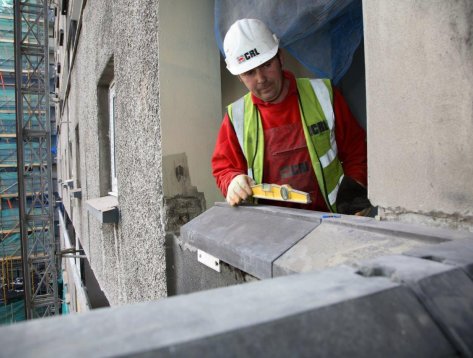 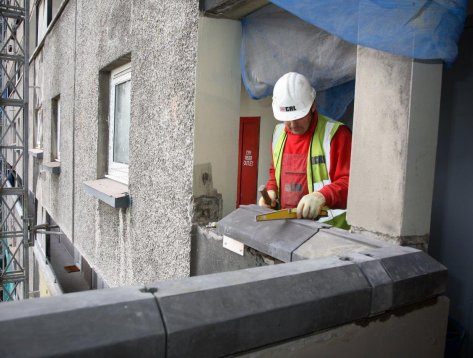 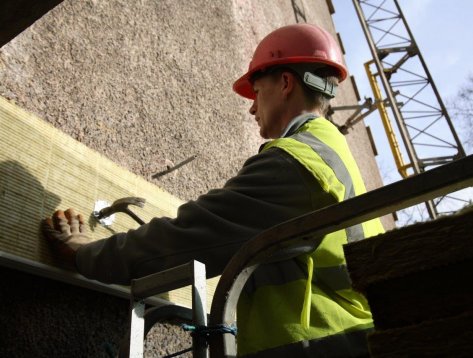 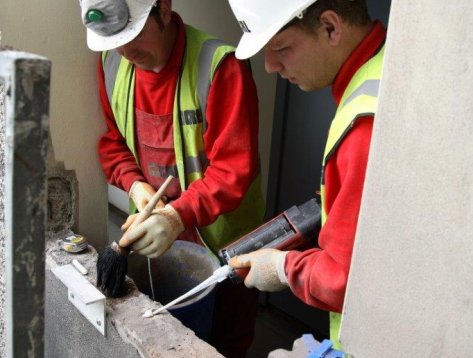 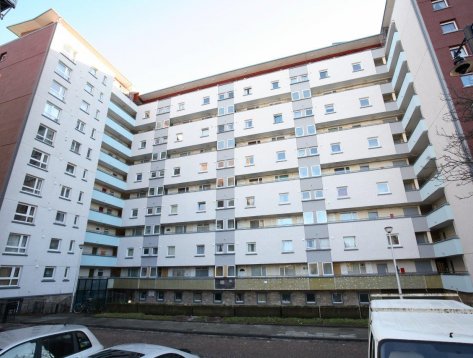 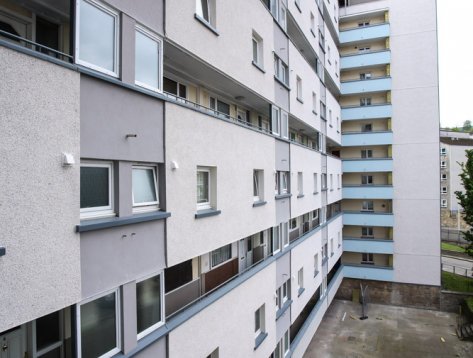 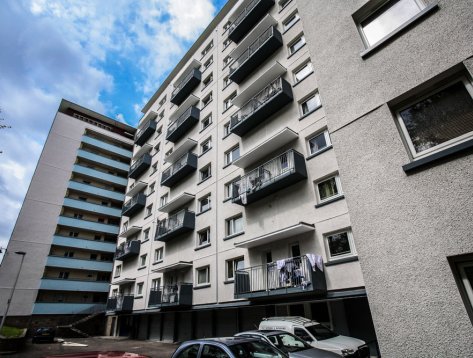 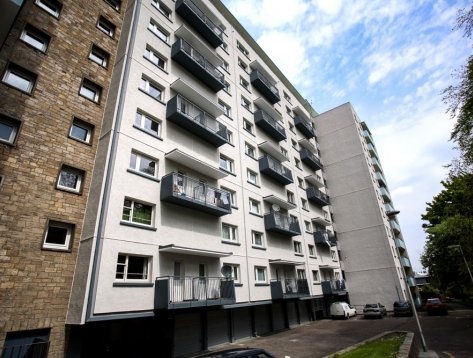 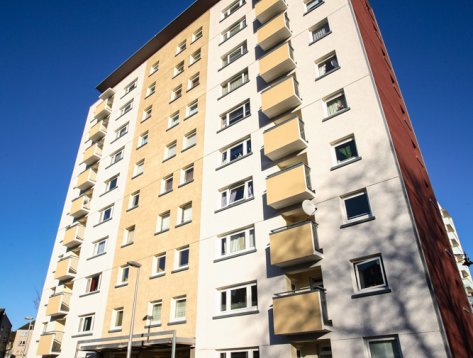 Dumbiedykes Residential Flats saw CRL and its façades division, CRL Façades, undertake one of its most ambitious projects to date with the external refurbishment and insulation of two ten-storey tower blocks. The flagship project near the Scottish Parliament building in Holyrood was part of the Edinburgh Social Housing Scheme for the City of Edinburgh Council.

Access to carry out the works was for the most part achieved through the use of mast climbing platforms, allowing CRL access to all external areas of the building whilst minimising the problems of security that traditional scaffolding can cause.

On the external façades, CRL installed an insulated render system on the elevations which were already rendered and for the brick elevations cavity wall insulation was installed with new brick ties. The balconies were waterproofed with a liquid applied membrane, the hand railing were replaced and new windows were installed to the common areas.

The successful delivery of the project came from the commitment CRL had to carrying out the majority of the specialist works using its own directly employed workforce recruited from the local community, allowing concise quality control of the works. 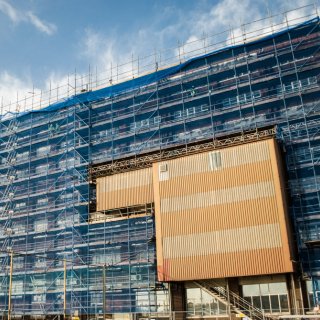 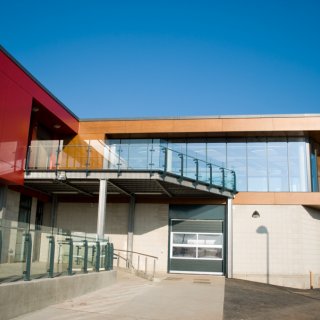 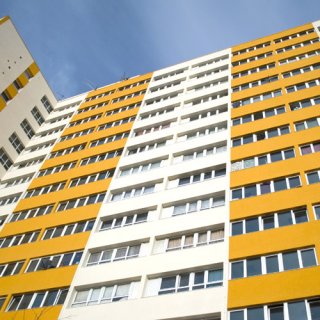 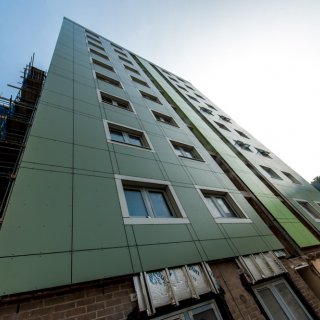